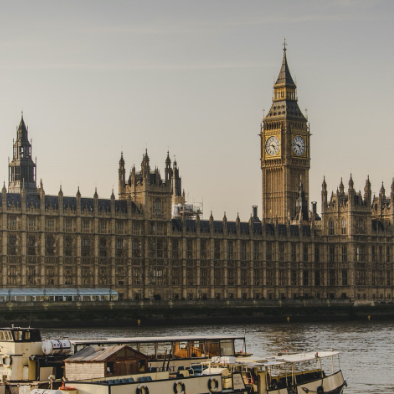 Go Back
The Interface Between Religion or Faith and Politics

I have often heard it said that religion and faith leaders should not meddle in politics. It has also been said, including this week, that the judiciary should not enter into the political arena and rule on government or parliamentary matters.

If we are talking party politics (Politics with a ‘capital P’) I generally agree, although I do know some faith leaders and legal figures who are members of one political party or another.

What I do believe most strongly is that faith and religious leaders have a duty and
responsibility to speak out and encourage protest or action when we feel that there are ethical dilemmas or moral issues. The role models for religious leaders continue to be the prophets and inspirational leaders who stood out from the crowd to protest against injustice and unfairness, warning the people and leaders of their time of the errors of their ways.

If religion has a wider role to play in society it is surely to champion just causes, to fight poverty and exploitation and suffering, to encourage reaching out to those in need.

For me and the vast majority of my colleagues, whether religious or lay leaders, that will occasionally mean that we have to enter into the arena of politics with a ‘small p’ to highlight situations where we see a need to speak out. This may involve criticising particular actions by governments or it may involve raising concerns about certain policies of political parties if we see danger arising from them.

Occasionally we may stray into very sensitive areas – Anti-Semitism in the Labour party and Islamophobia in the Conservative party may be two examples that many are concerned about.

If people feel that actions or policies are threatening them, causing anxiety or fear, or
exacerbating prejudice and hatred, then yes we must raise the issues and challenge or protest where necessary to reassure those who feel vulnerable.

There are also international issues that may concern us and although we do not want to enter into the political minefield of international politics, where we perceive that our fellow human beings are suffering and injustices are occurring, many of us feel a need to speak out and try to find ways at least to support those who are vulnerable or oppressed.

I am very aware that Israel and Palestine, Kashmir, Darfur, Yemen and other parts of the world are all hot and very sensitive topics and many affect our communities here in Manchester and the UK. Neither I, nor the trustees or members of the Faith Network for Manchester (who include representatives of most faiths), want to do anything to harm any of our faith communities or their members.

We are very proud of our diversity and that we get on so well together. Interfaith work isabout bringing us all together, fostering cohesion, understanding and harmony.

We Are Hiring!
Faith Network for Manchester in Lockdown
The Interface Between Religion or Faith and Politics
I have often heard it said that religion and faith leaders should not meddle in politics. It has also been said, including this week, that the judiciary should not enter into the political arena and rule on government or parliamentary matters.
All News